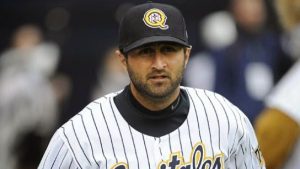 Asif Shah is a former professional ballplayer that works with hitting and pitching. He went to Cincinnati Country Day where he won an Ohio State Championship in 2001 and was named Ohio State Player of the Year in 2003. After high school, Shah played collegiately at the University of Akron, Wabash Valley JC, and Southeast Missouri State University. At Southeast, he earned 1st Team All Conference Honors as well as being named on the Brooks Wallace Award Watch List for National Player of the Year in 2007. He was also the first player in conference history to win Pitcher of the Week and Hitter of the Week in the same season. Following his collegiate career, Asif went on to play professionally for 5 different teams. Over the course of his career, he won a league championship, was nominated to two all star teams, won a batting title, and participated in a home run derby. He finished his playing career with a .313 batting average, a .395 on base percentage, and a .435 slugging percentage. Asif has coached in the Elite Fall Baseball League the past 3 seasons and is currently an assistant coach with the Cincinnati Spikes organization. Having played in Canada and the US, Shah has developed connections with colleges in many different areas and takes pride in helping kids find the right school to continue their careers.